What It Takes…To Start A Movement?

I’ve been writing a lot lately about how the times you and I are living in are not like any other.  We’ve built a world where while we try to be kind and considerate of the feelings of others, that we’ve weenied out in so many ways.  There are so many “movements” in our world. Women’s rights, #blacklivesmatter, #marriageequality and the list goes on.  It created space for me to wonder, what it takes…to start a movement?

Let me be upfront in saying I think there is a space for standing up for your beliefs, but as I mentioned in an earlier blog on tolerance, it runs to the point where we disagree.

There is a movement to remove the Confederate flag from the South Carolina state offices.  I suppose that’s okay, it’s not the US flag and it’s not the state flag, if the legislators of the state of South Carolina determine that is in the best interest of their constituents, then so be it. I do not believe it does much to change the face of racism in America such as it is, because I believe that is a condition of the heart.

There is another movement I’ve become aware of and I am rather proud of.  Duke Hazzard is my new Facebook friend.  I’ve known Duke for a long time. 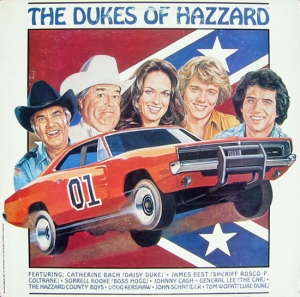 He’s my brother. Duke Hazzard is a believer in the First Amendment and he’s created a movement all his own to bring back The Dukes of Hazzard to TV Land. Truly, it is not a commentary on racism or anything else.  It’s a question of taking away a television show that so many of us watched as children.  Why was it removed?  There is a Confederate Flag on the top of the General Lee. Censorship. Plain. Simple.  Duke’s cause is growing exponentially, in the short week since starting his movement, he has over 200 friends from all over the world.

I’d like to invite you all to be Duke’s friend, he’s a great guy, believer in keeping your freedom and mine. Find Duke Hazzard here.

This entry was posted in Life and tagged Censorship, Confederate Flag, Dukes of Hazzard, Freedom, General Lee. Bookmark the permalink.